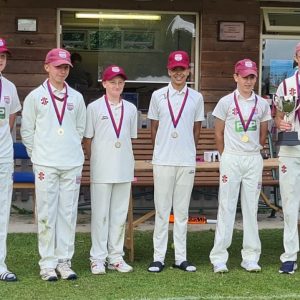 Congratulations to the U15’s who won the Wykeham Six a-side on 27th June beating Wykeham in the final. The team was (in picture from left to right) Alfred Stevenson, James Haw, Lewis Mills, Will Langworthy, Harry Green and Will Warren. The team was coached on the day by Josh Moate.