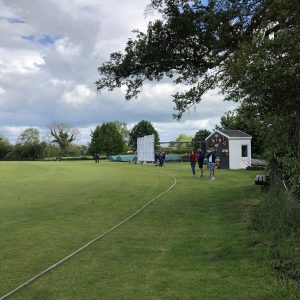 The club is sad to announce the death of Bryan Nelson. A stalwart club member, Bryan died just after Christmas aged 82. His funeral took place on 12th January 2022 and was well attended by club members, family and friends.

Bryan was a hard-hitting left-hand bat who held the club record of 139 runs against Railway Institute in 1963 which lasted until 1997 when broken by Mike Willink with 162.

Bryan worked tirelessly for the club and will be sorely missed.

The club has continued to recruit and are delighted to announce the signing of Alex Liley from York; Alex will keep wicket and bat in the middle order. This signing is significant in that as per policy we are trying to develop a young side that will grow together.

Winter nets have started on 16th January 2022 at St Peter’s sports hall on a Sunday evening with the top two sides getting some priority until week three.
Junior nets have also started on Friday evenings at the Galtres centre in Easingwold.

The captains for next year have been announced waiting ratification at the AGM in March.

It is also pleasing to report that our shirt sponsors are the same for next year. The main sponsor is RAP – Recycled Asphalt Products, a company involved in the recycling of aggregates – especially good for farm roads and What Life & Mortgages, a financial company specialising in all thing’s insurance, mortgages etc. More information can be found on our Sponsors page .

All the machinery has been overhauled, sharpened and ready for next season.