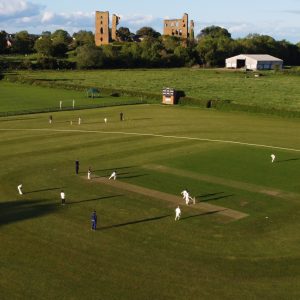 U11 News Update from Chris Blanchard….

Our A team progressed into the semi-final of the cup after a quarter final win against Clifton Alliance. Major contributions from: Riley Hirst bagging four late wickets; Reuben McBride with a great run out; Zac Powell with a useful stumping and Jacob Popplewell retired not out 30. But the What Life & Mortgages PotM goes to Harry Duce-Goodwill with a rapid 32 off 17 balls.

Clifton Alliance came back strong at us in the league game. Our A’s going down by a respectable 21 runs. Strong performances with the ball from Reuben McBride taking 2 wickets for 11 including 2 maidens and with the bat from Reuben, Harry Duce-Goodwill and Jai Prasad. Our wicket keeper Zac Powell, stood up to the stumps for most of our bowlers and gave very few byes away. Outstanding work for a 9yr old!  So Zac wins our What Life & Mortgages PotM.

Our B team produced a superb winning performance (306 runs vs 232) against Copmanthorpe with every boy really contributing well. Some super shots early on coupled with sensible batting left us well ahead at around 10 overs so Jamie Thorn and Will Jones could close out with some powerful drives and cuts that took us well ahead. Ben Popplewell captained well. Birthday boy Alex Kettlewell was What Life & Mortgages PotM for a 4-for 13. Well done Alex.

Last week our B team faced Woodhouse Grange away, coming out victors by 22 runs. Strong bowling by Ben Popplewell (2 for 8) and Ash Koneti (1 for 0) help set a low total to chase. A good start by all batters was nearly undone as some boys learned the value of calling but the win was safely brought home in the end. What Life & Mortgages PotM goes to Jamie Thorn for tidy glove work, hitting a six and scoring a useful 11. Prior to this game our B team bowled over 200 balls without a wide – well done Bs!

Our C team visited Wheldrake and won by 15 runs. Our bowling was pretty good, we took wickets and bowled some tight spells. There was a good catch from Toby Trueman and some excellent keeping from Henry Toomer-Hughes. Lewis Scaling excelled as captain. Some really good clear calling from Lewis and Eddie Toomer-Hughes and Daniel Crowder finished off the batting. Coaches gave What Life & Mortgages PotM to Max Duemer Wrigley for some tight bowling and getting 13 runs from 11 balls.

Our C team visited Dunnington and lost by 61 runs. We lost only three wickets and took three of theirs. Our discipline in the field was superior and the desire and concentration showed by all our Cs was something I could not have been prouder of. Arthur Harrison takes What Life & Mortgages PotM for scoring 23 off 13 including a pro-level cut shot.