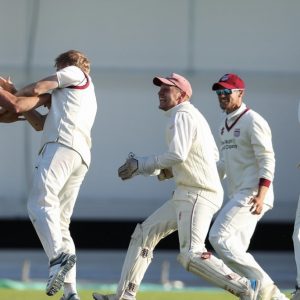 “After the win we went up to the dressing room to do our usual song – half way through, the door opened and Matty and Dave Willey walked in and joined in with us which was brilliant!“

After a ceremonious win, we caught up with SHB Wicket Keeper, Ben Gill to catch his reaction on the SHBCC vs. Yorkshire Academy game held at the Emerald Stadium, Headingley. 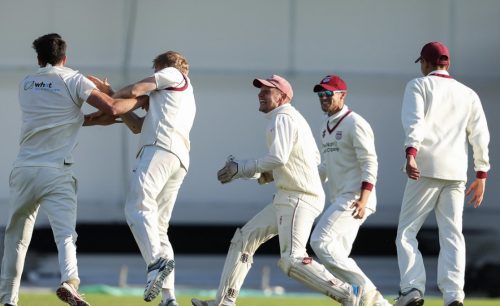 The feeling of excitement was high on Friday night, as it wasn’t the same as a normal game of cricket for us – but we had to remember to treat it like any other game. When we arrived at Headingley and walked up to the dressing rooms and the first person we saw was Adam Lyth, it was safe to say that it was not going to be like any other Saturday.

When Mick (their dressing room attendant) took us for a tour of the ground, that’s when the excitement really did kick in and we were all like children on a school trip, but what do you expect! We’ll most likely never get the opportunity to play here again, so we knew we had to make the most of it. 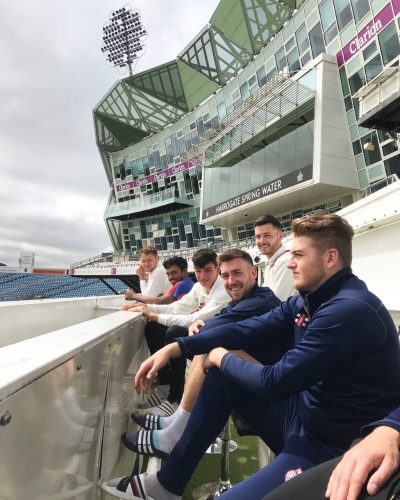 Once we went out and got warmed up, it was business as usual. The outfield is obviously like glass and it isn’t actually as big as what it seems on the TV (or from the western terrace where you’ll usually find me after a few drinks).

Once the game started and the skipper had done his chat, we all knew our jobs and it was just the same as a normal Saturday. Me and Russ went up to the top of the new stand and the view was the best I’ve ever seen of a cricket pitch – it was remarkable.

To put nearly 300 on the board at Headingley was a massive achievement – I contributed well with the bat as always… but it was nice to go out there and take it all in. 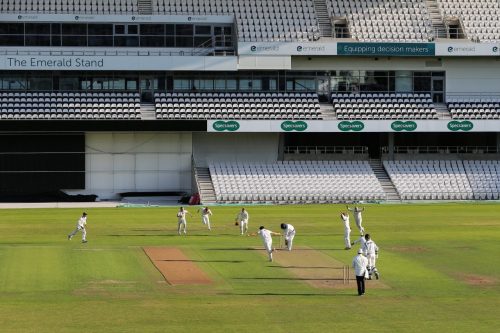 Second innings we were pumped. We wanted to do a proper job, but in all fairness it was disappointing to see an Academy team play out for a draw, as they have the talent to knock that score off. Apart from that, we bowled well. With 18 balls left to go, I had a good word with Mark before he bowled, and the spell he bowled towards the end was unbelievable. It is one of the best spells of bowling I’ve ever watched/kept to. Then to top it off – getting the last wicket in the final over was brilliant.

It was a real pleasure to play with 11 of your best mates at a place like Headingley. I aren’t just saying that – as all the lads (and 90% of people in the league), know I’m outspoken; but this year we have really gelled and are really enjoying our cricket. It really is a great place to play at the minute. 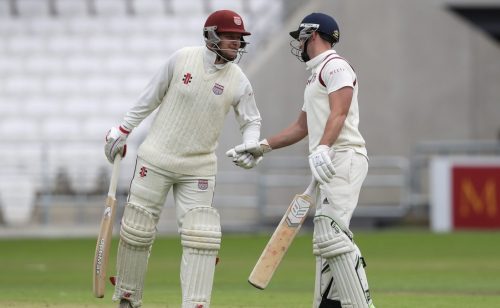 After the win we went up to the dressing room to do our usual song – half way through, the door opened and Matty and Dave Willey walked in and joined in with us, which was brilliant!

All in all it was one to remember. As an old boy like me, I will take that to my grave with me and we all felt really privileged to play there. We can’t thank Yorkshire enough for the opportunity. Saying that – this week we are back to the real home of cricket, and our favourite place – the bridge. 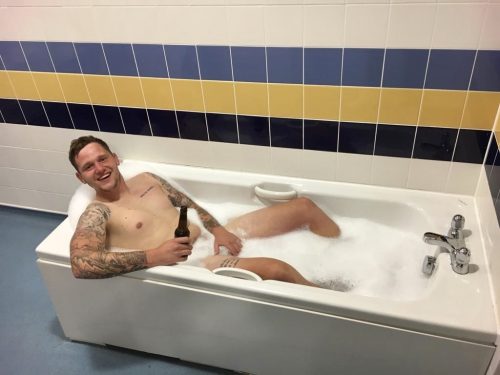 Gilly making the most of the facilities!