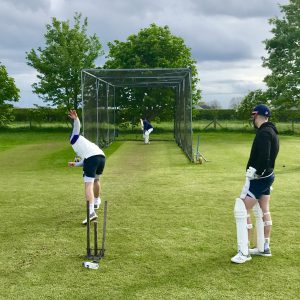 Saturday saw both sides in action, the 1s facing Clifton Alliance whilst the 2s were up against Easingwold. At CACC, SHB batted first making a disappointing 123 all out. Louis Foxton the only major contributor with 32. In reply, Clifton knocked off the total 7 wickets down, even with the efforts of 3-27 from Matthew Fisher in one over and 3-25 from Karl Carver. The 1s go again at home to Sessay in the next game, keep your eyes peeled for this weeks team sheet! 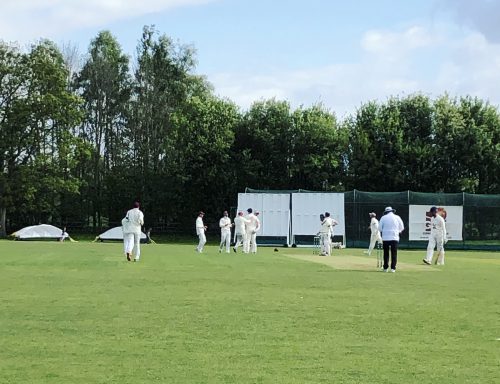 At the bridge, the 2s faced Easingwold 1s. Fielding first, SHB had Easingwold 0-2 after the first over with a run out courtesy of Dan Cass and an LBW from Mike Smith. Nadeem Shefta finished with 5-43 and Mike Smith finished with 2-28 from his 15 overs to restrict Easingwold to 154 all out. In reply, after a shaky start, SHB were 36-4, but with skipper Jack Hugill’s 67 and Dan Cass’ 54 not out at the crease, the lads knocked the total off 6 down. The lads continue at Malton and old Malton this Saturday.

With the first round of the Hunters cup happening on Sunday, the 2s faced off against Knaresborough. Batting first SHB reached 168-9 in there 40 overs with runs fro Arthur Campion (43) Jack Hugill (35) and Connor Campbell (30). Knaresborough knocked the total off 4 down with a well timed chase. There looks to be a great season ahead for these boys! 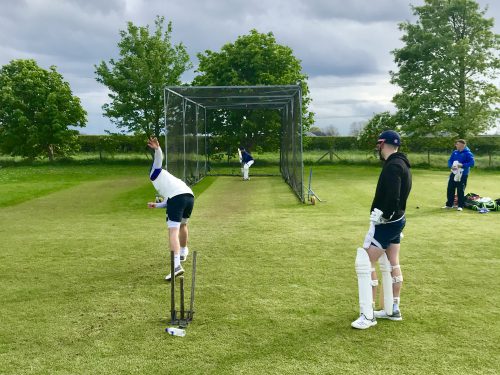 Arthur & Tommy In The Nets During Our Friday’s Senior Training

Pilmoor started their season with a win at home to Helperby. With runs for Dulash Udayanga (67) and Rob Stevens (35) we posted 128-7. In reply Helperby reached 110-5 with Khalid Shefta and Isaac Giannini taking the wickets. The lads face Clifton Alliance on Wednesday in a replay of last years top 2 teams!

The u15s had a tied game with 70 runs each from 18 overs against Clifton Alliance. Notable performances came from Max John (24) and Mathew Saxby (24 not out). Bowling from Joe Judge (4 overs 1 for 8). U15’s go again Thursday at Dringhouses.

The u13s faced off against York on Sunday morning looking to follow on from the plate cup win last season. Winning the toss and putting York in, we restricted them to 115-6, with wickets for George Aldersley, Will Langworthy and Harry Green. Ed Hudson and Will Langworthy also took great catches in the field. In response, we finished 82-5 with Will Warren making 18. Overall for first game of the season the lads did well and will go again next Sunday against Ovington! 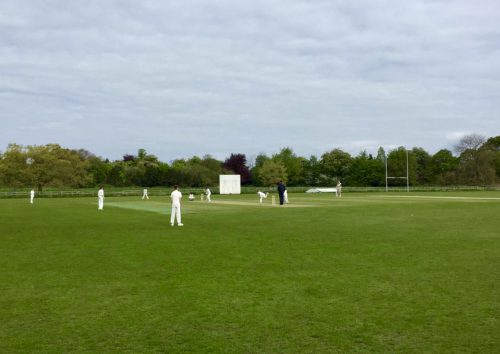 A Snapshot Of U13’s In Action at York CC

The u11s won their first fixture against Yapham. SHB finished on 316 with Yapham finishing on 204 in the second innings. A huge shout out to Ethan Hurren in his first match wicket keeping – great work! Hard luck to Aaron Cowton who bowled a ball through the wickets without touching the stumps! The u11’s play Dunnington on Monday night.

The u9s lost a thriller to Clifton Alliance by 6 runs! With the scores finishing 239 to Clifton and 233 to SHBCC, the kids will feel a bit hard done by! The u9s have no fixture this week.

There we have it. A great start to the season for both junior and senior teams, we look forward to seeing where the next few weeks place us! Keep checking back each week for a full round up of the weeks performances.