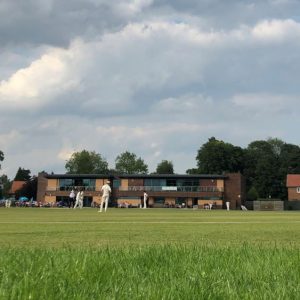 It took 9 weeks but at SHBCC the rain didn’t halter any cricket this week!

As usual, the U15s kicked off the week against Londesborough Park. Batting first, SHBCC made 104-4 from 18 overs with Matthew Saxby retiring on 51 and Alex Eardsley making 31. In response, SHBCC bowled Londesborough Park out for 65 with Matthew Saxby taking in the words of our chairman, Mick Oldfield, ” that was the greatest catch from a junior I’ve ever seen”! It was a great game for Matthew and a great result for the under 15’s!

Tuesday saw the U11s play their first of two games this week against Acomb. Batting first, SHBCC finished with a net score of 266 with everyone contributing with the bat. In reply, good bowling from Rory Williamson and Sam Giannini kept Acomb to 249 net score for a Bridge victory!

Wednesday saw the Pilmoor team hoping to continue their winning run against Sessay. Fielding first, SHBCC kept Sessay to 83-5 in 20 overs with Dave Henstock taking 3-12. In reply, SHBCC knocked the score for 0 with Dulash Udayanga finishing on 50* and Ben Gill finishing on 29*. With a 5 point lead at the top of the table the lads will hope to keep the form going for the coming weeks.

Thursday set the stage for the U11s 2nd game of the week as they visited York in the cup. Batting first, SHBCC finished 123-2 in 20 overs with Rory Williamson (30), Sam Gianini (31) and Archie Duce Goodwill (25) all contributing massively. During the second innings, SHBCC managed to keep York to 113-6 to win the game. With everyone contributing in the field and with 3 run outs, the lads will be super happy and excited about a place in the semi final of the cup. Huge well done to the U11’s and Coach Chris on the season they’ve had so far!

Friday saw our U19s play host to Woodhouse Grange U19s in the U19s T20 knock out. Batting first, SHBCC finished 159-6 with Tommy Hudson (50) and Harry Sutcliffe (41) being the main contributors. In reply, Woodhouse Grange knocked the total off 6 down in 19.3 overs to take the win. Regardless of result, with 2 U13’s playing for the U19’s there is a lot of positives to take from the night. 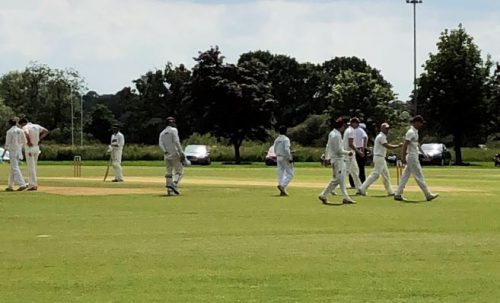 So as the weekend approached, Saturday saw both senior teams play both York teams. The Bridge 2s took on the York 2s at home, with hopes of redeeming last week’s disappointment. Batting first, SHBCC were bowled out for 137 with Connor Campbell (48) as the key contributor. York ended up knocking the score off 2 down in 40 overs to take the points. A lot of things to think about for the 2s but knowing the lads they’ll keep on fighting.

Over at Clifton Park, on the track used for the Yorkshire Warwickshire County Championship game this week, the Bridge 1s played York 1s hoping to emulate last years emphatic away victory. Fielding first, SHBCC bowled brilliantly and kept York to 176-6 in their 50 overs with the wickets being shared around. In reply, knocks from Eddie Barnes (38) Adam Fisher (35) and Tommy Hudson (43) got the lads pretty much over the line as they knocked the score off 7 down in 46 overs to take the spoils. A great team performance for the lads, and with the result making it 4 unbeaten the lads are right back in the title chase. 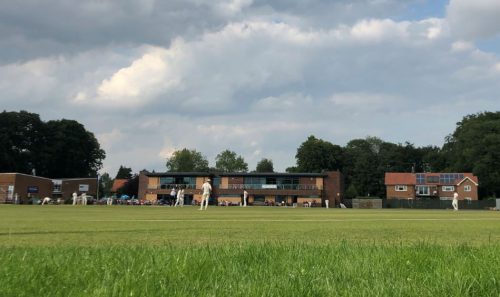 Sunday saw the last game for the bridge this week as the u13’s visited Clifton Alliance in the semi final of the cup. Fielding first, SHBCC kept Clifton to 110-6 with the wickets being shared around. In reply, SHBCC finished 89-8 to finish just short of the score.

As a new week starts and the summer looking like it’s finally starting to blossom, everyone at SHBCC is hoping for continued sunshine in the following weeks!