Match week 7 has somehow crept upon us, with the feeling across the board from the senior sides being that of slight disappointment at the lack of cricket throughout the season so far, due to horrible weather. This was the case, yet again, for week 7. 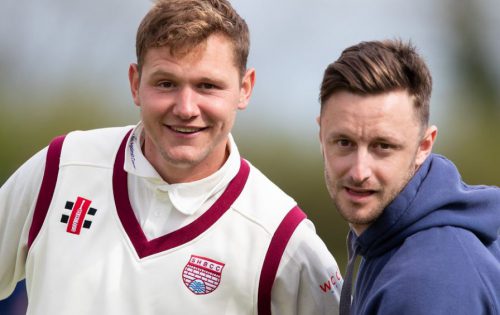 The 1s travelled to Woodhouse Grange where the game was abandoned without a ball being bowled. Whilst at the bridge, the 2s managed to get a start against Whitkirk before the weather ruined yet another match. Here’s to hoping that the weather gets better for the forthcoming weekend!

Efforts from the junior sides

As for the junior sides, we had a postponing for the U9s, leaving it to the with the U15s to kick off the week against York. Unfortunately the lads didn’t get the best result from the game and lost. The U13s also came out on the wrong end of the result as they lost to Clifton Alliance on Sunday.

The Pilmoor train chugs on…

With that said, there was one result that brightened up the week at SHBCC! This came from the Pilmoor team, who travelled to Helperby looking to continue their unbeaten run. Bowling first, SHBCC restricted Helperby to 108-6 from their 18 overs. Highlight of the innings was the Ben Stokes-esque catch from Dan Cass on the boundary. In reply, great knocks from Dulash Udayanga and Connor Campbell got the lads close to the target, before Rob Stevens hit a 4 off the final ball of the game to get the boys over the line by 5 wickets. Having only fielded 10 men again, the boys will be buzzing to keep the unbeaten run going as they look to win back the prestigious Pilmoor cup.
Posted in Juniors, News, Seniors
← Week Six Round Up: bank holiday rain, more Pilmoor success and getting back on the winning train!Senior XI Squad Photo: SHBCC vs. Castleford CC 2019 →