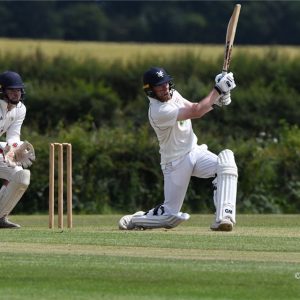 Week 11… How did we get here?! The season is really starting to get going for both our senior teams at SHBCC.

To kick off the week, the U11s played their first of two games during the week, when they faced off against Heworth at Moor Farm. Batting first, SHBCC made 293-5 (net score) with Sam Giannini making a brilliant 30 – must have been all that training with the Yorkshire U10’s! In reply, the lads kept Heworth to 223-8 (net score) with the wickets being shared about the team.

Wednesday saw the U9s, U11s (again) and Pilmoor teams all in action hoping fora clean sweep of victories for the club.

Down at the little Knavesmire, the U9’s faced Ovington. SHBCC fished on 251 (net score) with Freddie Drewniak (16*) and Theo Foster (11*) making the runs. In reply, Ovington finished on 241 (net score) with Ethan Shan taking 1-6 and Harry Duce Goodwill taking 2-0! The U9s sit third in the table and will be hoping to finish the season on a high in the coming weeks! 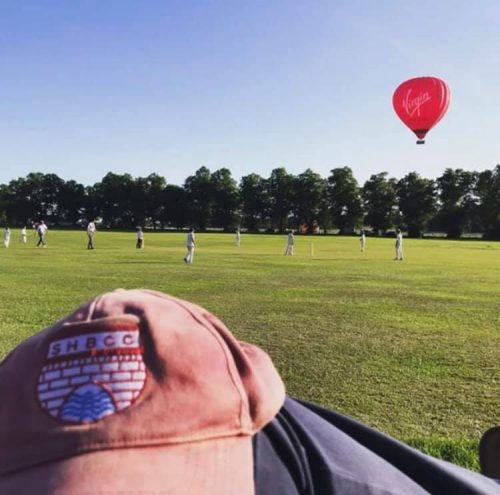 U9’s Down At The Knavesmire

Obviously Wednesday wouldn’t be Wednesday without the Pilmoor lads keeping up their unbeaten season, and in doing this they travelled to Thirsk, with 10 men yet again!

Bowling first, SHBCC restricted Thirsk to 106-6 with Dave Henstock taking 3-14 from his 5. Joe Judge on his return to senior cricket after a knee injury, returned with solid figures of 2-21 from his 5 overs. SHBCC then knocked the score off 1 down in 14 overs with Dulash Udayanga finishing 61* and Rob Stevens finishing 28*. Still being 5 points clear at the top, things are looking good for the boys!

So as Saturday came around, the 2s travelled to local rivals Easingwold whilst the 1s hosted Clifton Alliance.

Over at Easingwold, after 3 losses on the bounce, the 2s we’re looking to get back into their winning ways. With skipper Jack Hugill away, Dave Bradshaw made a good start as captain by winning the toss and putting Easingwold in to bat. On a beautiful day with a small ground and quick outfield, SHBCC did well to restrict Easingwold to 214-7 in 50 overs. Ben Harrison was pick of the bowlers with 3-54 from his 15 overs. Skipper Dave Bradshaw also took 2 very good catches in the field. So, needing 215 to win, the lads went about knocking the total off. With Paul Oldfield making a solid 64 opening up, and being well supported by Rob Stevens who made a remarkable 83 from 96 balls, Connor Campbell then smashed 2 sixes and finished 21* from 8 balls to see the lads over the line by 6 wickets with 3.3 overs left. What a performance! Every lad who played should be extremely proud of the performance they put in for the team, and the lads will be hoping for a little run of form to take through to the rest of the season. 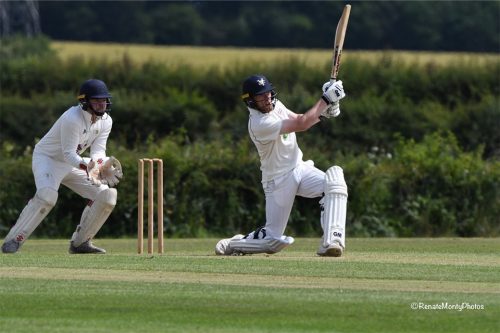 Eddie On His Way To 95. Photography: Renate Monty Photos

Back at Moor Farm, the 1s faced Clifton Alliance 1s hoping to continue the good form as of late. Batting first, SHBCC finished 247-8, with Eddie Barnes making a brilliant 95. Dulash Udayanga (47) and Karl Carver (43) also made solid contributions to the total. In reply, having been 10-2 and 16-3, Matthew Montgomery made a good 91* for Clifton Alliance, but it was the star man Eddie Barnes who took 5-36 from his 12 overs to top off an amazing day personally for himself. The club would like to congratulate Eddie on a brilliant effort on Saturday!

With 38 from a possible 40 points on Saturday for the senior teams – is the hunt for the maiden YPLN title on for the 1s? And is consolidation of York and District Premier league cricket for the 2s still achievable? Of course it is!
Posted in Juniors, News, Seniors
← Week 10 Round Up: 5 Wicket Haul For FisherWeek 12 Round Up: End Of Junior Season And 120 Runs For Dulash →