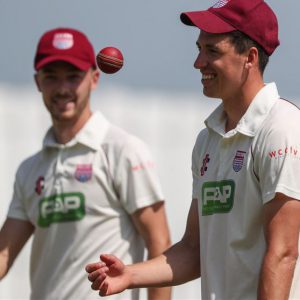 The U15s were due to kick the week off for SHB but unfortunately the weather let us down, and they were unable to play.

As for the Pilmoor lads, they faced off against Newburgh at Moor Farm. Bowling first, SHBCC kept Newburgh to 114-3 before Connor Campbell (58*) and Dulash Udayanga (29*) saw the lads home 2 down, with 3 overs to spare. The lads are yet to lose a game this year and are still 5 points clear with 6 games to go!

Friday saw the U11s come up against against Clifton Alliance. SHB batted first and made 448-5 (net score). Clifton Alliance then made 475-3 (net score) to win the game. Despite the loss, the U11s should be extremely proud of the season they’re having so far.

As temperatures reached over 25 degrees there was no way any rain was going to affect any cricket over the weekend!

Saturday saw the 1s at home to Harrogate 1s, whilst the 2s travelled to the picturesque Studley Royal.

At Moor Farm, with the 1s at full strength, they faced off against recent T20 finals day winners Harrogate. With SHB bowling first, Harrogate had made a solid start making it to 47-2 before the magic happened. Matthew Fisher finished with 5-27 from 12 overs and with help from Freddie Collins (1-15) Eddie Barnes (1-10) and Russell Robinson (2-8) SHBCC bowled Harrogate out for 90. On a warm day and a typically good wicket, this was an unbelievable achievement. Louis Foxton and Eddie Barnes then went about the run chase in a brilliant fashion knocking off the total in 15 overs. Louis finished 25 not out whilst Eddie finished 43 not out. An excellent day at the office for the 1s, who will be hoping to keep the momentum going. 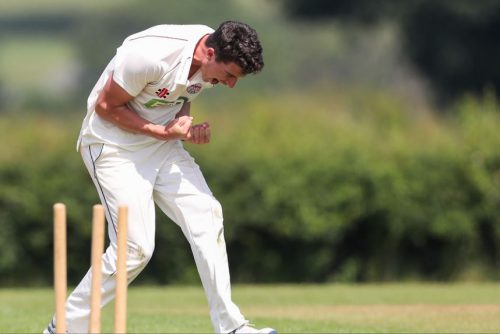 Over at Studley Royal, the 2s were really hoping to put the last couple of weeks’ results behind them and pull back some lost confidence. Bowling first, SHBCC managed to keep Studley Royal to 146-9 in a long 50 overs with Ben Harrison taking 3-26 in 15 overs. Going into tea, the lads felt like they had a real good chance of chasing the score down. Losing early wickets again and with only one man making over 20, the lads were bowled out for 90 in 37 overs. A disappointing result after a hard fought first innings, but as we’re already half way through the season, the lads have no time to feel sorry for themselves and must try to find some consistency against Easingwold 1s next week.

On Sunday the u13s, once again, closed the week off for SHBCC as they played host to Woodhouse Grange in their final league game of the season. Bowling first, SHBCC restricted Woodhouse Grange to 62-8 with Will Warren taking a hat-trick in the first over of the game. The lads then knocked the score off 2 down in 13 overs with George Aldersley retiring on 30 and Harry Green making 23. With no more competitive games for the U13s this season, coach Ben said he’s really happy with the season and how his players have matured from last season.

So as the week came to a close, and with what looked like the beginning of the summer weather we’ve been desperately waiting for, everyone at SHBCC is ready for another busy week next week as we play host to Yorkshire schools U19’s vs Durham U19’s on Friday!