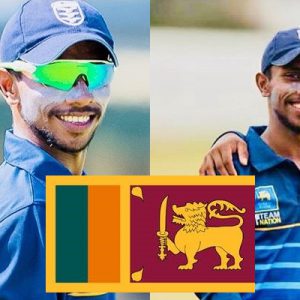 The club is delighted to announce that this overseas for 2018 season will be Dulash Udayanga from Sri Lanka. Dulash, 22 is an enthusiastic young First Class cricketer from Sri Lanka who will spend his summer playing for SHB’s 1st Team in Yorkshire League North and assisting at junior coaching evenings. During the season just gone in Sri Lanka, he finished 3rd highest first-class run scorer in Tier B with 608 runs in just 8 matches at an average of 44. This included 2x 100s and 4x 50’s. He originally made his first-class debut for Galle before making the switch this season to Sri Lanka Air Force Cricket Club where he made 115 against his old club to get his season up and running. He has previously kept wicket and also bowled spin at district level.

He will no doubt arrive with a big smile and plenty of enthusiasm. We wish him all the best for the season and hope he enjoys his time with ‘The Bridge’ and can be both successful on the pitch and aid the development of our junior cricketer and seniors alike.