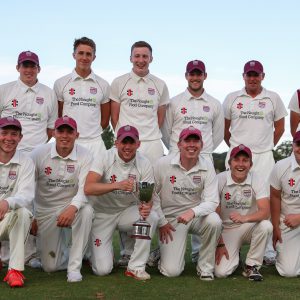 Skipper Dave Bradshaw won the toss and inserted the opposition and it proved to be the correct decision. All the bowlers were right on the money and at their economical best whilst also taking wickets on regular occasions.

Clifton were ultimately bowled out for 79, with the pick of the figures Dan Cass 2-7 from 4 overs and Dan Clipston 2-10 from 4 overs.

The Bridge set off about the reply in positive fashion with 15 coming from the first over. Despite minor concerns at 20-2, Jack Hugill with 25no and Nick Scaling 33 ensured that there would be no further alarm and eased SHB into a deserved final later in the afternoon. The fielding and bowling display set the platform for this victory and the standards for the final to come.

In the subsequent semi-final between Woodhouse Grange 2XI and North Dalton, a closely fought victory despite late heroics from the Woodhouse batsmen saw North Dalton reach the final by 10 runs. 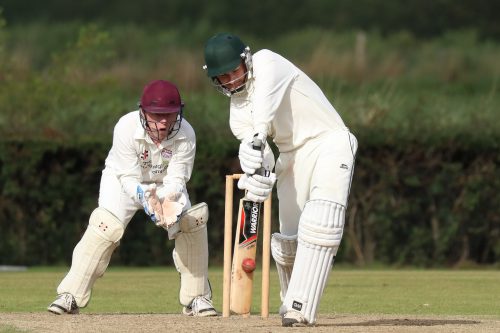 In what promised to be a really good contest between North Dalton and SHB 2XI, North Dalton decided to follow their winning formula of their semi-final and bat first; a decision the home skipper was happy with.

A 15 run handicap aided a positive North Dalton start as well as some nervy fielding from the Bridge outfielders. However the metronomic and dependable Dan Cass ensured that the North Dalton openers were always in a battle. He removed the key man Rich Woodmansey for 19 on his way to an opening spell of 2-13 from 4 overs. The rest of the innings continued to be a tight struggle with blossoming partnerships being broken by the home side at key moments, however a number of lusty blows by the middle and late order saw the total reach 128-7 from 20 overs.

This was a total that the skipper Dave Bradshaw asked the batsmen in the top 5 to go and knock off as a group and someone to play that match winning knock. After a fairly cautious yet progressive start, the Bridge reached 40-2, Jack Hugill and Nick Scaling continued their strong partnership from the semi-final to push the required score to 50 from 40 balls, and although the boys were in control, a few finger nails were being bitten in a home dressing room desperate for the silverware.

The 15th over saw Nick Scaling take 12 from it and propel the Bridge closer to that target and slightly demoralise a very game opposition. Scaling went soon after for a hugely influential 20, whilst all this time Jack Hugill was playing the key anchor knock needed. Dave Bradshaw came in determined to see the job through and aggressively race to the finish, symbolised by a four over the top of mid on first ball.

Although Jack Hugill was massively disappointed to be run out for 44 with 10 to win, his contribution was immense to a victory that came balls later as Harry Sutcliffe hit successive boundaries to see the boys through to finals success.

League President Albert Pattison completed the post match ceremony by thanking all the volunteers at SHB for their hard work throughout the day, both teams for a spirited and competitive final and finally competition sponsor and SHB President Roy Piercy. 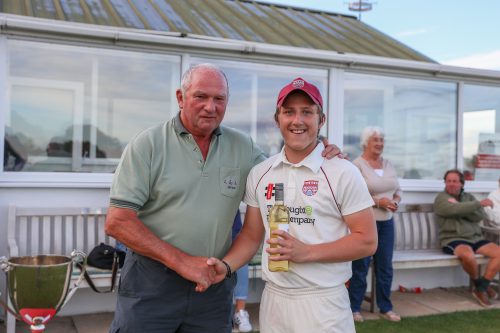 Man of the tournament was named as Daniel Cass for his outstanding contributions with the ball.

On what was a successful and enjoyable day for the club in general, it was made all the sweeter by the trophy remaining with the Clubs 2XI – fine reward for excellent skills and team spirit. I am sure the look forward to defending it next year.

More pictures can be viewed at Shaun Conway’s website.