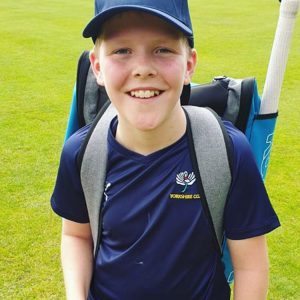 Last week marked Sam Giannini’s debut for the Yorkshire u10s squad. Sam, a man of few words according to Grandfather, Ron McBride, expressed his delight upon selection for the Tykes following a win in the York Indoor Cricket league with the SHBCC u11s. He hopes to follow in the footsteps of his brother Isaac who has also played for the Tykes in his younger years.

As a club, we would like to congratulate Sam on his selection, which is a tribute to the hard work that Sam puts in during training and matches with such a determination to succeed. We are very proud for Sam to be representing both Sheriff Hutton Bridge Cricket Club and the county in his age group. 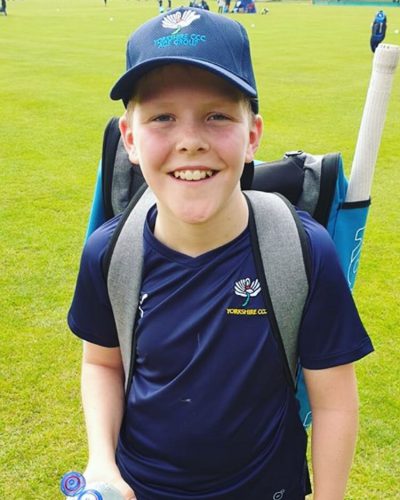 Sam Giannini sporting his new Tykes kit ahead of his debut

Posted in Juniors, News, Yorkshire CCC
← Week 9 Round Up: Sunshine, topped off with the greatest junior catch Mick Oldfield’s ever seen!Join SHBCC at York Races →