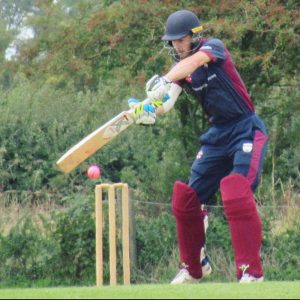 We were delighted to host the 2020 T20 final  – just a shame we lost a great match to be the runners-up this time around.
Skipper Adam Fisher said:
“Disappointing to lose what was a great final. The game saw quite a few swings in momentum and there were periods where we played some great cricket and looked to be in the ascendency but in the end I think York were more consistent with their performance through the whole 40 overs which eventually saw them secure the win.
It was great to give some big game experience to some of our younger players and hopefully they’ll be the better for it. For some of the lads it will have been the most people they’ve played in front of so that brings with it some good development and pressure.
Thanks to all at the club who put so much thought and time into the superbly hosted final. I’m sure Dan Woods would have been proud of how his York lads performed in the first year of the memorial trophy.”
Photo by Richard Kosmala
Posted in News, Seniors
← T-20 Final of Yorkshire County Premier League NorthChance of Winning YPL North 2020 →