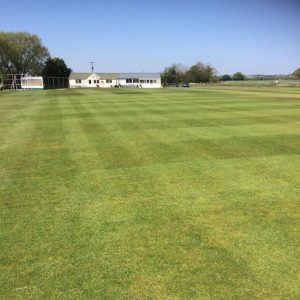 Last news was headlined with Matthew Fisher being chosen for England Lions. Well, he’s now in Australia and as we understand it is training well with the full squad. We wish him well.

The club has made two signings for next season. We welcome back Louis Foxton who opened the batting for many years but had a “year out” at his old club. Louis can make a difference again at the top of the order.

There are other signings in the pipeline, with just a bit of gentle persuasion needed to get them over the line! The biggest hurdle in local cricket is “how much do you want to pay?”. We are an amateur club that doesn’t pay players unlike many in our league who do. Reputedly some of our rivals have a budget in the mid tens of thousands of pounds. Getting paid at this level doesn’t necessarily make you a better player. The opposite can be true with the pressure to perform for your money.

The junior sides have entered various indoor leagues which apart from being great fun will help their cricket going into next season. Winter is a long off season for a 10 or 11 year old!
The mild weather earlier in the month encouraged the grass to grow so, mowers the have been out again for what is hoped to be a final cut.

Finally, the club will be running a Cake Stall and BBQ at the Christmas Village Market on the 12th December 2021. Any contributions gratefully received.

Posted in News, round up, Seniors
← Ron’s Round Up – October 2021The Bridge @ the Sheriff Hutton Christmas Market →