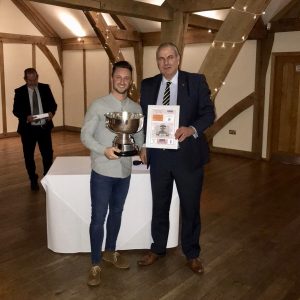 Saturday 2nd November marked the final celebration; as members, players and family of ‘The Bridge’ gathered together to celebrate a phenomenal year as newly claimed Yorkshire Champions. Aside from the fantastic food and company, plus a unexpected musical performance from none other than Steve Clipston and Amy Fisher – the awards took centre stage at the evening. The winners of each award, presented by Paul Harrand (Chairman, YPLN) are as follows:

After remaining unbeaten throughout the season, the Bridge lads stormed to the top of the Pilmoor League with ease. 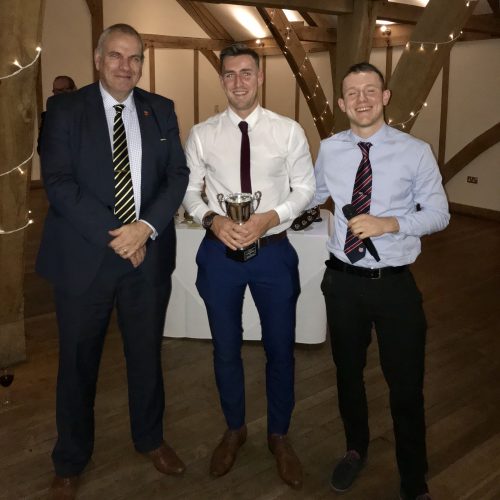 Dave Henstock collecting his Pilmoor Player of The Year award. 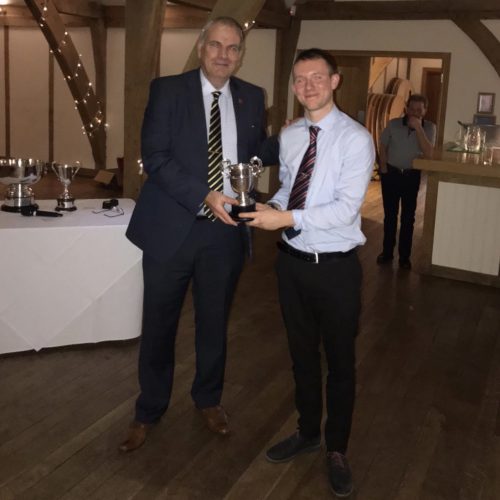 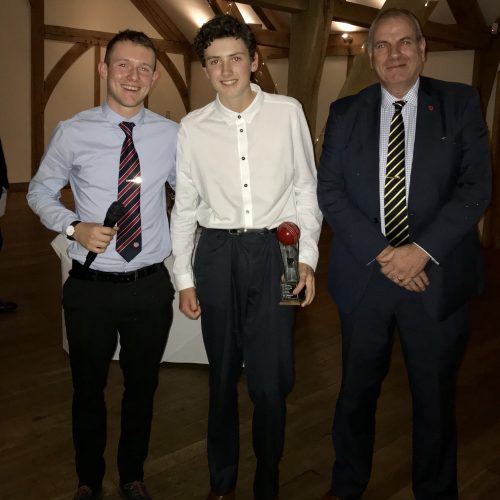 The second team fought hard against the elements in order to maintain their place in the York & District Premier League. 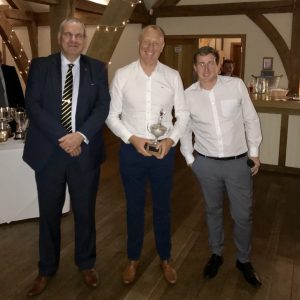 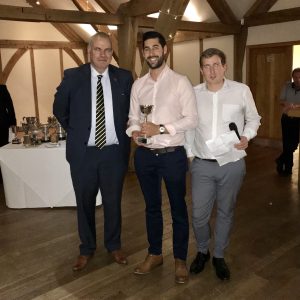 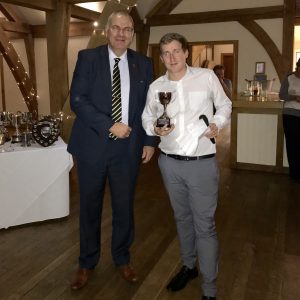 After dominating throughout the season and topped it off with a second win at Headingley Stadium to win the Yorkshire Premier League. 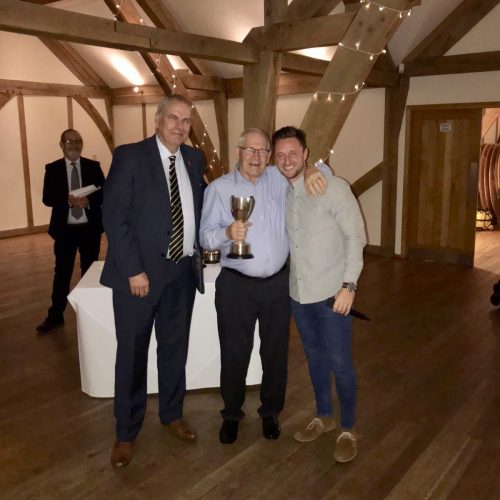 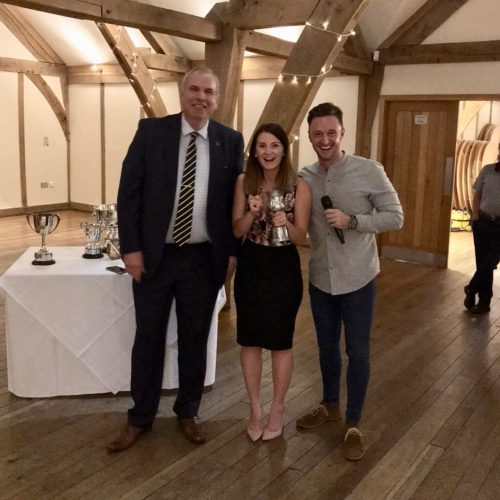 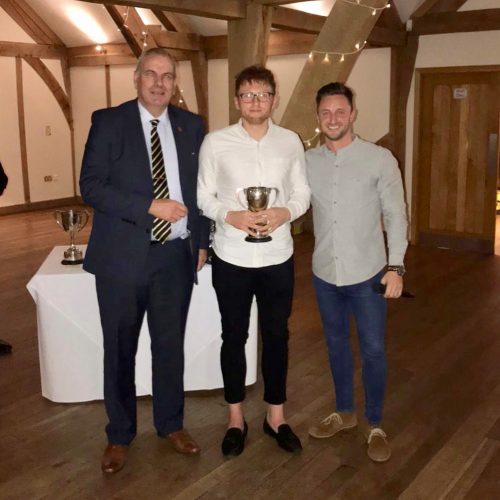 Jim Rhodes Shield for Best Performance Of The Season: Matthew Fisher – 90 with the bat and 4 wickets in the Semi Final against Richmonshire CC)

Jim Rhodes Cup for Cricketer Of The Year: Karl Carver – a great bloke to have on and off the field, with 38 wickets at an average of 15 and 395 runs across the league season, averaging 39.5.

John and Ellen Gill Trophy For Special Achievement: Adam Fisher – for his tireless work for many seasons as Captain, which has ultimately led Bridge to become Yorkshire Champions 2019.

Jim Rhodes Trophy for Clubman of The Year: Paul Scaling & Ben Harrison – Paul, for all his work with our club sponsorship. Ben captaining the Pilmoor team to victory. Plus a combined effort with the All Stars programme and  their continued work with the junior teams.

Chris Renshaw Young Player of The Year Trophy: Tommy Hudson – a young player who’s huge potential shone through this season, with multiple stand out match winning performances. This included 74* in a win against Stamford Bridge CC, plus 50* not out at York CC in a close finish where he superbly kept his nerve under pressure. 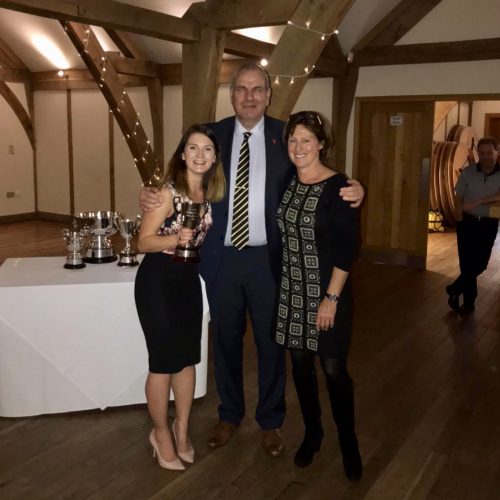 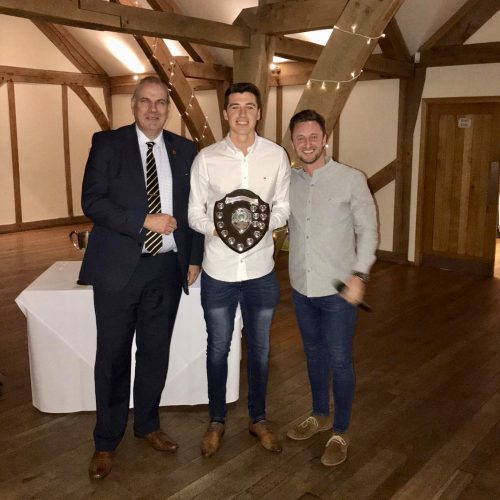 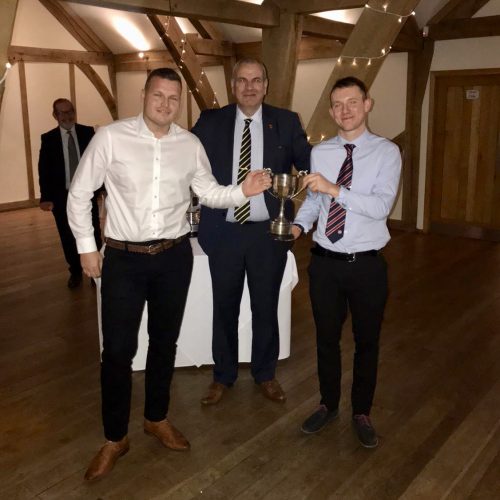 And of course, the award of all awards, Spanner Of The Year was awarded to Dan Clipston after thinking he hit a boundary, turning his back on the game and getting run out!

A great way to end the year, as we end 2019 busy with plans for the upcoming 2020 season and prepare to gain another two senior teams and more juniors.